Speak out to end Harmful Practice of FGM

Blog News Speak out to end Harmful Practice of FGM

Youth Anti-FGM Somaliland organized High Event attended by Youth from the Academic Institutions to speak up their role to participate in ending movement of harmful practice of FGM. This event was discussed the health complications of the FGM and role of youth. the government officials, NGO and INGOs, Journalist and other stakeholders of FGM have participated in this event.

The chairperson of the YAFS, Mrs. Mariam Abdilahi has speak deeply on the purpose and objectives, which was established Youth Anti-FGM Somaliland and importance of this event. otherside, Director of Family and Gender Department  of Ministry Employment ,Social Affairs and Family, Luul Aden, also has deeply talk about the role of the ministry on participation of ending movement of FGM and public awareness for abandon of this practice.

Finally,  a panel discussion were launched participated by youth from the university, CSOs, journalist, medical student, and FGM activists, the panel discussion ,was focused on the role of the youth and their participation on the community mobilization to abandon the harmful practice. 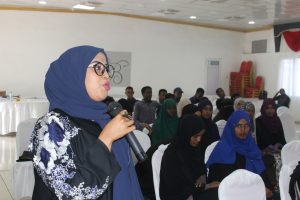 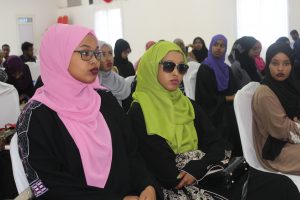 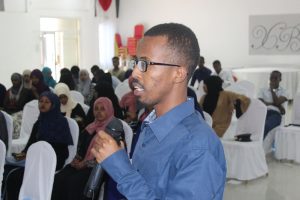 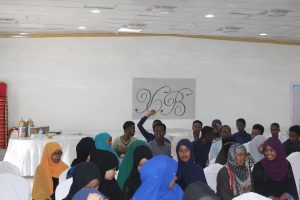