Zero Tolerance Day Activities
6 February is recognized as the international days of the elimination of all forms of the FGM, and the Sustainable development goals in 2015 calls for an end to FGM BY 2030. Under goals 5 on gender equality, target 5.3 eliminates all harmful practices, such as child, early and forced marriage and FGM.
Youth Anti FGM visited the universities and discussed with them how to be individual activists, the groups that attended the discussions were Social workers, Midwifery and Psychology students from Admas University, Edna Aden University and Frantz Fanon University respectively! The youth were engaged and signed petitions to support the law prohibiting the FGM in Somaliland and to push the legislations forward.

Ending Movement of Campaign of FGM, has resulted to reach 150 student and signing 100 petitions, student to participate in this campaign. its first time in the Somaliland, student in the University have received class sessions discussing, the health complication of FGM and the role of the students to participated to create awareness raising and community mobilization to end this harmful practice of FGM. youth Anti-FGM Somaliland engaged the student in the Universities also to participate social media campaign to change the attitudes, behavior’s and perception of the youth. Youth has increasable engaging and joining the social media campaign.

To end FGM practices, its needed to support youth activities, who contributed their time and resources save the next generation, building inclusive participation of the youth in FGM issues will only change the attitude and practices of the community.

SIDE STORY
a girl who came to us during the visits in one of the universities, shared that she suffering from the FGM type III, also 8 of her sisters are being cut, it was the will of her father, her mother never wanted to cut her daughters but father bushes her; as she shared with us; furthermore she asked what to do because this disturbing her life and can’t perform well in class during the periods!
A young man who was in class shared that his mother cut his sister a week ago, against the will of the father and him, he advised his mother to not cut her but she said “do you preach another culture the western culture to us, this is Islamic and we should perform” he was confuse and needed more answers about how to approach the mothers to change this practice. 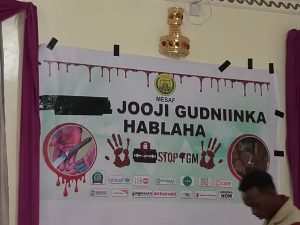 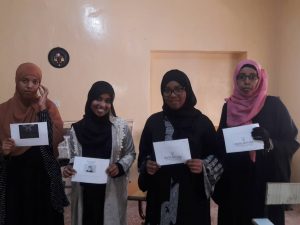 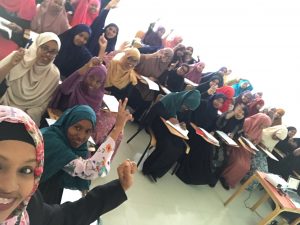 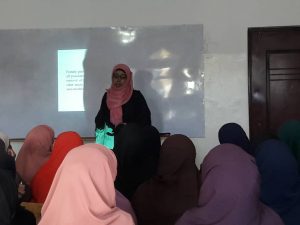 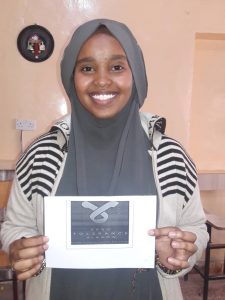